The ERA Foundation Board

Our board combines a wealth of experience and deep knowledge of the Engineering and Manufacturing sector.

Our board believes in innovation, investment in the next generation of engineers and a focused approach

This is fostered by the combined abilities of our directors who strive to honour the Foundations long history. 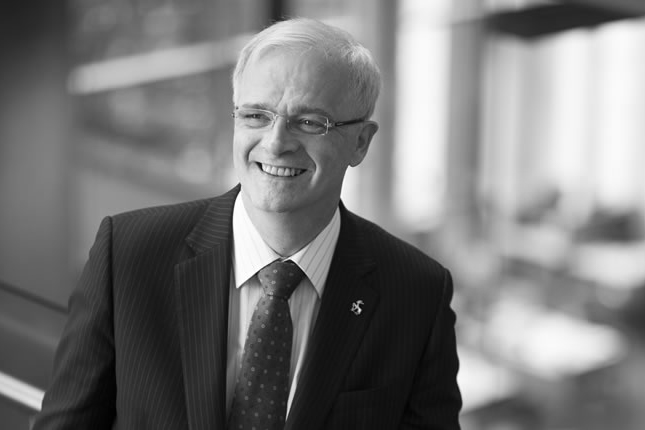 Professor Sir Christopher Snowden a distinguished engineer with wide experience of the international microwave and semiconductor industry. He was previously President and Vice-Chancellor of the University of Southampton (2015-19) and University of Surrey (2005-2015). He was Vice-President of the Royal Academy of Engineering and Chaired the Academy’s Engineering Policy Group from 2008-2013. He was President of the Institute of Engineering and Technology for 2009-10.

He has been a Non-Executive of several companies and advises several others. He is a consultant for international technology companies and governments. He has previously held the posts of Chief Executive Officer at Filtronic plc; Head of School and personal Chair of Microwave Engineering in the School of Electronic and Electrical Engineering at the University of Leeds; Senior Staff Scientist at M/A-COM Inc. in the USA, Lecturer at the University of York and Applications Engineer at Mullard Ltd.

He holds a number of awards from the Royal Academy of Engineering, the European Microwave Association and the IEEE. He has received Honorary Degrees from the universities of Leeds, Surrey, Strathclyde and City. He has published 8 books and over 350 technical papers. 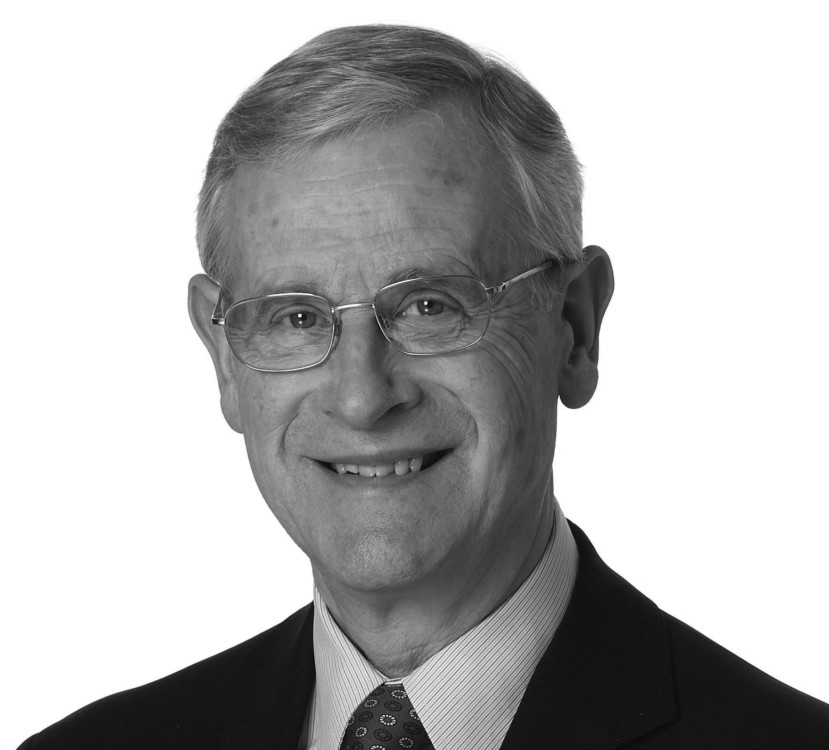 He is a former Chairman of the Engineering and Physical Sciences Research Council, the Engineering Council and the Royal Commission for the Exhibition of 1851. He has served as Pro-Chancellor of the University of Surrey and on a number of national committees including the UK Advisory Committee on Science and Technology. Sir Alan is a Fellow the Royal Academy of Engineering and the Royal Society and has been awarded honorary doctorates from nine UK universities. 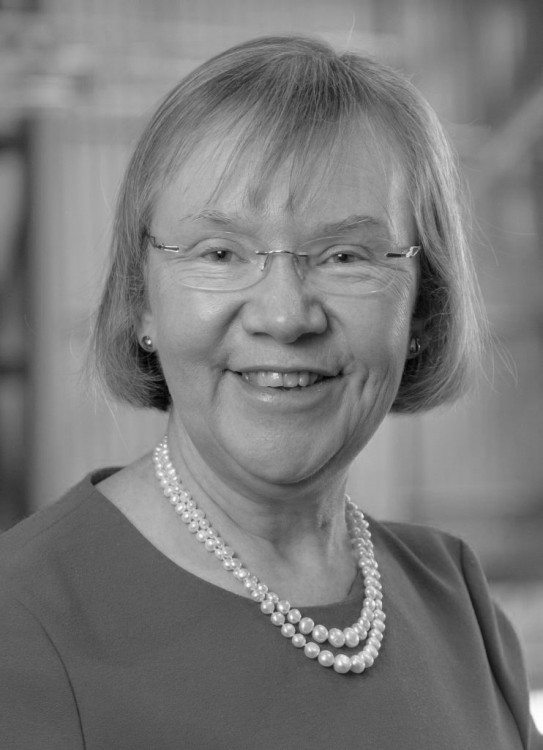 Helen is a Fellow of the Royal Academy of Engineering, the highest honour for an engineer in the UK, and joined Cranfield University as Pro-Vice-Chancellor of the School of Aerospace, Transport and Manufacturing in September 2017. She was previously at the University of Leicester where she was Head of the Department of Engineering between 2012 and 2016, chaired the £17M project to rebuild the Percy Gee Students’ Union and served as Graduate Dean. Helen was the first woman President of the Engineering Professors’ Council (the body which represents Engineering in universities throughout the UK) in its fifty year history and has also served as a Vice President and Trustee of the Royal Academy of Engineering. In 2010 she won a national award as a Woman of Outstanding Achievement in Science, Engineering and Technology for ‘Leadership and Inspiration to Others’.

Helen chairs the ‘This is Engineering’ project for the Royal Academy of Engineering, a major campaign which aims to encourage more young people to consider Engineering as a career.

Until recently Helen served on the Strategic Facilities Advisory Board for the £200M Sir Henry Royce Institute, a major UK Government Materials Research Initiative, and was a member of the UK Advanced Materials Leadership Council reporting to the UK Government Department for Business Innovation and Skills on national priorities for Materials Research. She was made DBE in the Queens New Year’s Honours 2021 for services to Engineering and Education. 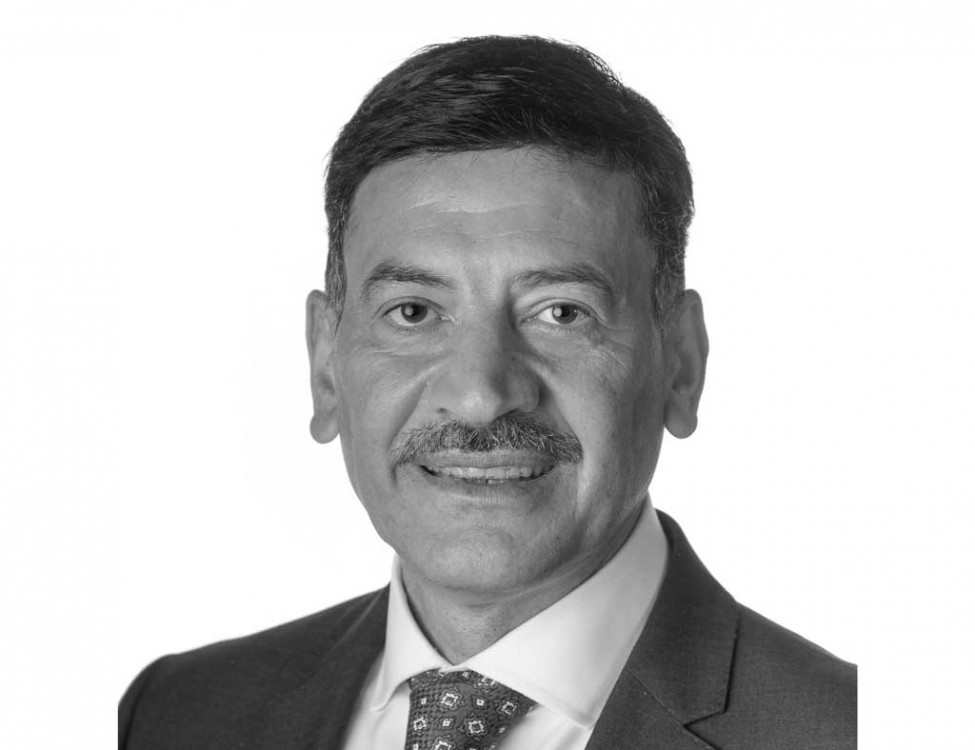 Acknowledged internationally in the field of energy-efficient computing and systems engineering, Professor Bashir M. Al-Hashimi is recognised as an outstanding academic leader and a highly influential figure in the UK HE sector. Bashir is Arm Professor of Computer Engineering and he founded the Arm-Southampton research centre, which is cited by the Engineering and Physical Sciences Research Council (EPSRC) as an exemplar of industrial collaboration. His research focuses on understanding interactions between hardware and software in constrained computing systems and how such interactions are used through theory and experiment to achieve systems energy efficiency and enhanced hardware dependability. Making fundamental contributions to the field of hardware-software co-design, low-power test and test-data compression and the emerging field of energy-harvesting computing, he led 2 national multi-million-pound EPSRC-funded projects. His research has been recognised by various awards including the IET Faraday Medal (2020).

Bashir was elected as Fellow of the Royal Academy of Engineering in 2013 and is currently chair of the Academy’s Awards Committee and a member of the Board of Trustees. He also received a CBE in the Queen’s Birthday Honours 2018 for services to engineering and industry. He is Vice Principal (Research & Innovation) at King’s College London, where he provides the academic leadership for developing and implementing the university’s Research and Innovation Strategy and overseeing new initiatives, whilst continuing to foster inter-faculty and multidisciplinary collaboration to support delivery of King’s strategic goals. He served previously as Executive Dean of the Faculty of Natural, Mathematical & Engineering Sciences at King’s after undertaking a similar Executive Dean role at the University of Southampton, where he was also a member of the University’s Executive Board. 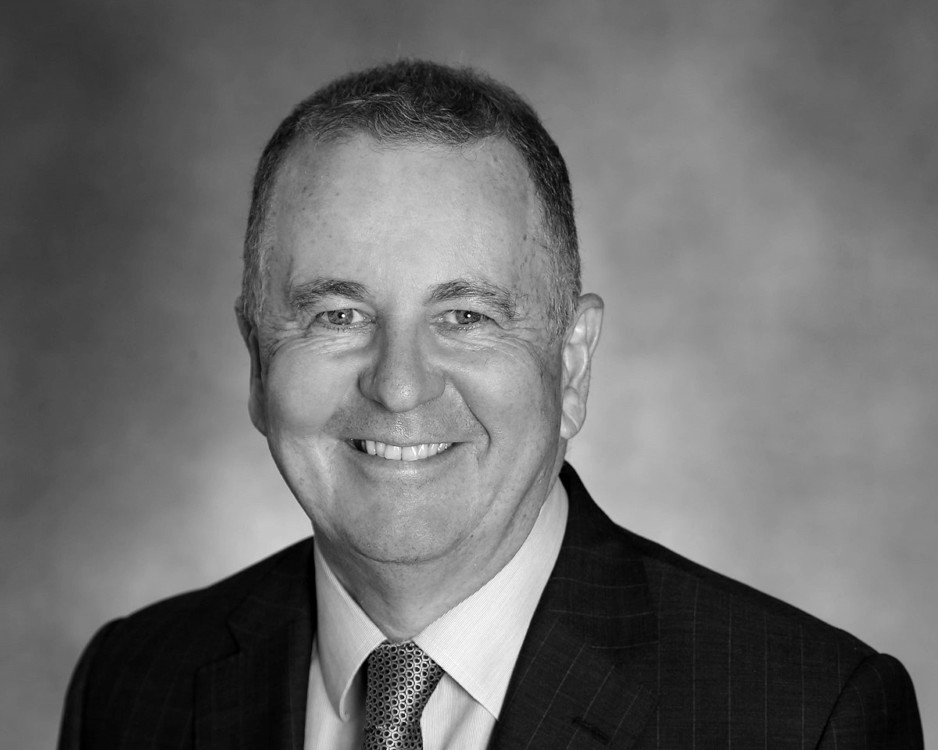 Mike Carr OBE FREng is currently a Non-Executive Director for both Ordnance Survey Ltd and Ploughshare Innovations Ltd . He is Chairman of Astigan Ltd, a start-up based in Somerset, a member of the Enterprise Hub Board at the Royal Academy of Engineering and a former President of the Institution of Engineering & Technology (IET).

Mike is the former Chief Science Officer for BT where he was responsible for the company’s world-leading research and commercial exploitation unit, including patent licensing and corporate venturing activities.

He has several patents to his name in the field of video compression and is the holder of two prestigious BT awards; the Martlesham Medal for R&D and the BT Gold medal for leading multimedia product developments. From 1999 Mike was based in Silicon Valley, California, USA where he established BT’s US Technology office and Corporate Venturing activity. He returned to the UK in 2001 to lead BT’s Research & Venturing division. More recently he has been a Council Member of the EPSRC and a Board Member of Innovate UK.

He received an OBE for “services to innovation” in 2017. 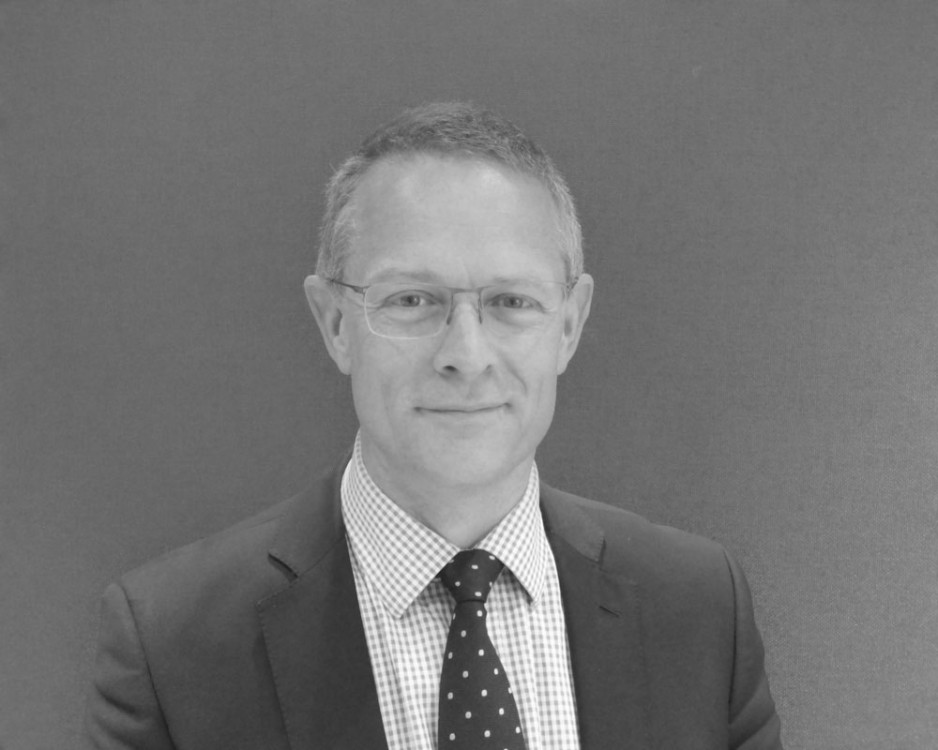 Andrew Churchill is the Executive Chairman of JJ Churchill Ltd., an aerospace precision-engineering business based in the Midlands.

He is a fellow of the Royal Academy of Engineering and of the IET as well as a commissioner for the Manufacturing Commission and an advisory panel member of the All-Party Parliamentary Group for Trade and Investment. He is also a Steering Board member of the 5% Club, a dynamic movement of employer-members working to create a shared prosperity across the UK by driving ‘earn and learn’ skills training opportunities.

Away from work, he is a governor at two schools and a district councillor for South Derbyshire

He has been a member of the Prime Minister’s Industrial, Manufacturing and Infrastructure Business Council and for ten years he was on the boards of Make UK (The Manufacturers’ Organisation) and Midlands Group Training Services (a centre of excellence for education, training and development of engineering apprentices), as well as six years as a director with the Design & Technology Association (championing D&T education in schools). Previously, Andrew sat on the Ministerial Advisory Group on Manufacturing and was part of the All-Party Manufacturing Group. 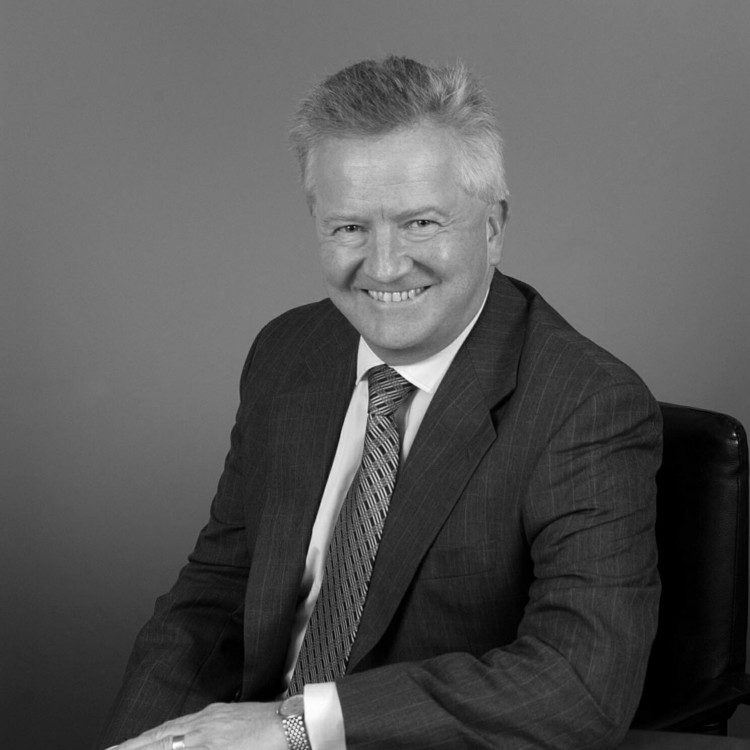 Dr Golby trained and gained a doctorate in Mechanical Engineering. He held a series of management positions with Dunlop and BTR before becoming an Executive Director of Clayhithe plc in 1992. He joined E.ON UK plc (formally PowerGen) in 2001 where he held the position of Chairman and Chief Executive until his retirement in December 2011.

He is chairman of Costain Group plc and a member of the Prime Ministers Council for Science and Technology.

He is a past Chair of the Engineering and Physical Sciences Research Council and Engineering UK. 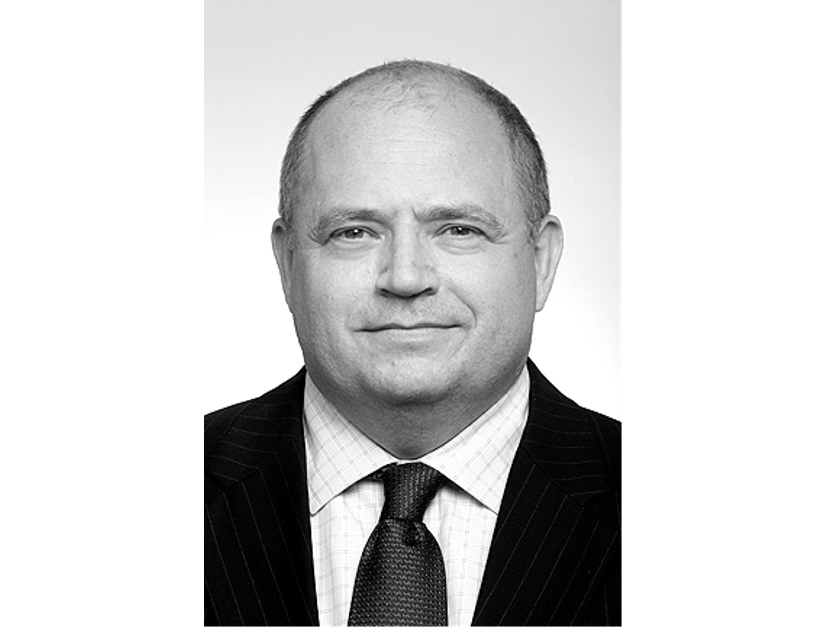 Following the deregulation of the city during “big bang” Tom was a key driver in developing and transforming the BZW Private Client discretionary business,

Over the years he has successfully managed Multi-Asset Investment Portfolios for UK tax paying, International and UK Not for Profit clients, including managing the single largest client portfolio with the bank

Before retirement, Tom was a Director in the Barclays Private Bank and Investment Division 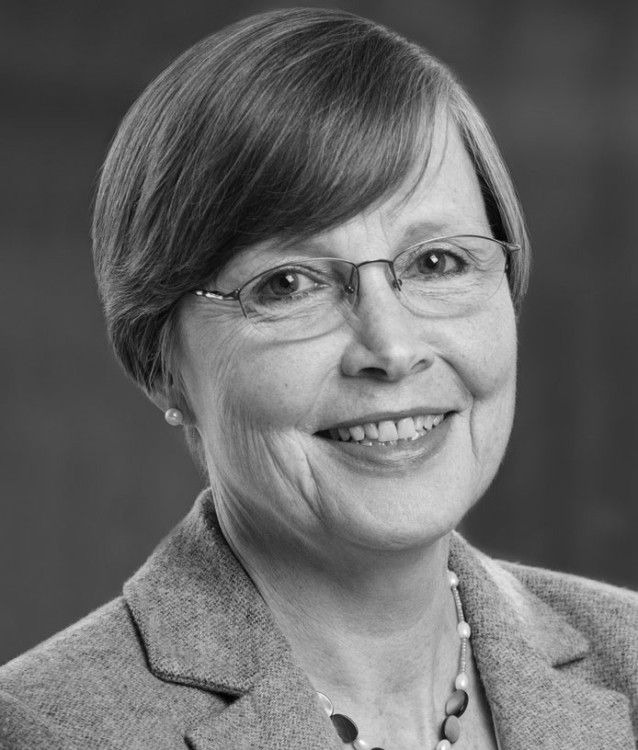 Joanna Kennedy is a civil engineer and project manager, with wide experience of leading complex high profile construction projects. She is a non-executive director of Native Land Limited, and a Trustee of the National Portrait Gallery, chairing the project board for its Inspiring People redevelopment.

Until 2013 she was a Director and Global leader for Programme and Project Management with Arup, one of the world’s leading multi-disciplinary consultancies. She was a founder of Arup’s project management business, which twice won Project Management Company of the Year.

She gained first class honours in engineering at Oxford and in 1984 helped launch WISE (Women into Science and Engineering) of which she is a Patron. She has won awards as Woman of the Year in the Built Environment, First Woman of Engineering and Woman of Outstanding Achievement. She was awarded the OBE in 1995 for services to consulting engineering. 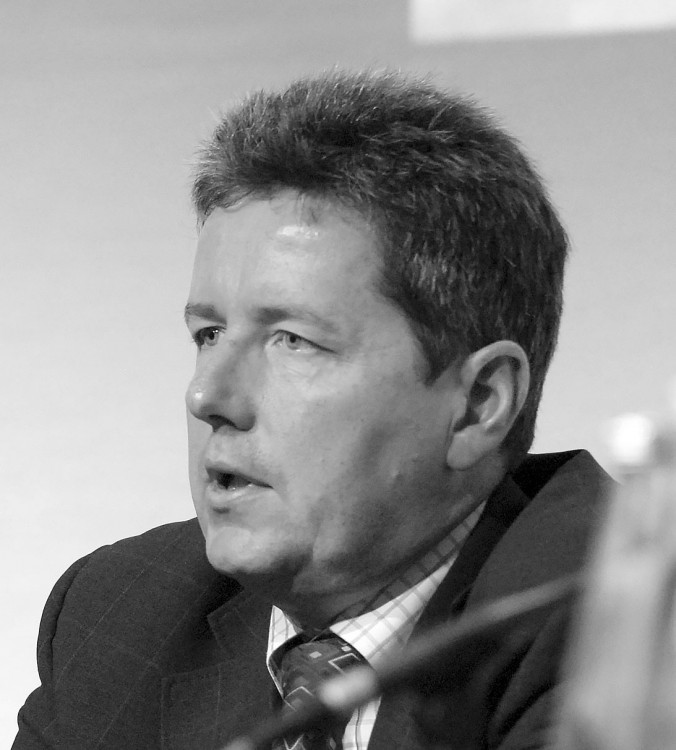 Andrew’s early interest in engineering and cars led him to Ford and its spin-out, Visteon, where he held a variety of roles which included developing Ford’s first plastic throttle body, delivering Visteon’s European Electronics Manufacturing Strategy and managing a £15 million per year project providing the cooling systems to Kia for their first European car, the c’eed.

After leaving Visteon, Andrew joined Innovate UK quickly becoming Head of Transport where he worked with industry, academia and government to develop and deliver programmes that provided over half a billion pounds of innovation support to the UK transport industry. He also authored the business case for the establishment of the Transport Systems Catapult which he subsequently joined as Chief Strategy Officer. Andrew was a member of all UK Transport related Industry Councils working with government and industry to develop the UK’s capability in Low Carbon Technology and Intelligent Mobility.

More recently Andrew established A+E, a consultancy that has helped many technology companies in the transport sector with strategy development and an understanding of the UK’s innovation funding landscape. He was also MD of Shyft Mobility, a start-up focused on utilising the spare capacity within informal transport.

Andrew holds a BSC in Engineering Management, an MSC in Automotive Engineering Design, Manufacture and Management and an MBA from Henley Management College. He is a Chartered Engineer and is a Fellow of the Institute of Mechanical Engineers

The ERA Foundation is a not for profit organisation with the primary purpose of managing and disbursing the funds held by the Foundation toward good causes.

The Foundation fully recognises the positive impact good governance makes in the development and successful running of the organisation. The governance of the Foundation follows best practice and is tightly defined by our Articles of Associations.

The responsibility for the Foundation’s operation falls to its Board, which meets at least four times a year. Directors are appointed for initial terms of three years but can stand for re-election for two further 3 year terms. Exceptional extensions or re-appointments are only permitted by passing a special resolution at a general meeting of the company.

The Chairman is appointed by the directors for a three-year term. After three years the Chairman can be re-elected for another two years but further extensions are only permitted by special resolution.

The Foundations’ financial year runs from 1st October to 30th September and independently audited accounts are scrutinised by an Audit Committee before being lodged annually with Companies House.

Pay is recommended by the Remuneration Committee which currently comprises all Directors other than the Chairman.

The maximum ordinary remuneration of the Directors is determined annually by the Members at the AGM. Further remuneration for additional duties can be paid subject to the approval of the Board after considering any recommendations from the Remuneration Committee.