Over 100 years of Engineering History.

Founded in 1920 the ERA has been at the forefront of promoting and supporting British Engineering.

The E.R.A quickly established itself as one of the successful co-operative industrial research associations.

It was unique in that it had not only the support of those in and connected with the industry but also those engaged in electricity supply and the users of electrical products.

Previously, the Institution of Electrical Engineers had represented users-interests. The E.R.A gave a voice to both those users-interests and manufacturers. Bridging the gap between the two through the E.R.A Council and Research Committees.

The Association dealt with problems that industry were unable or unwilling to tackle. Working cooperatively with buyers and sellers of Electrical products to drive forward research and technological innovation.

The association was funded jointly by the Governments Department of Scientific and Industrial Research and from subscriptions payments from its member companies. The initial government grant was designed to last only five years. 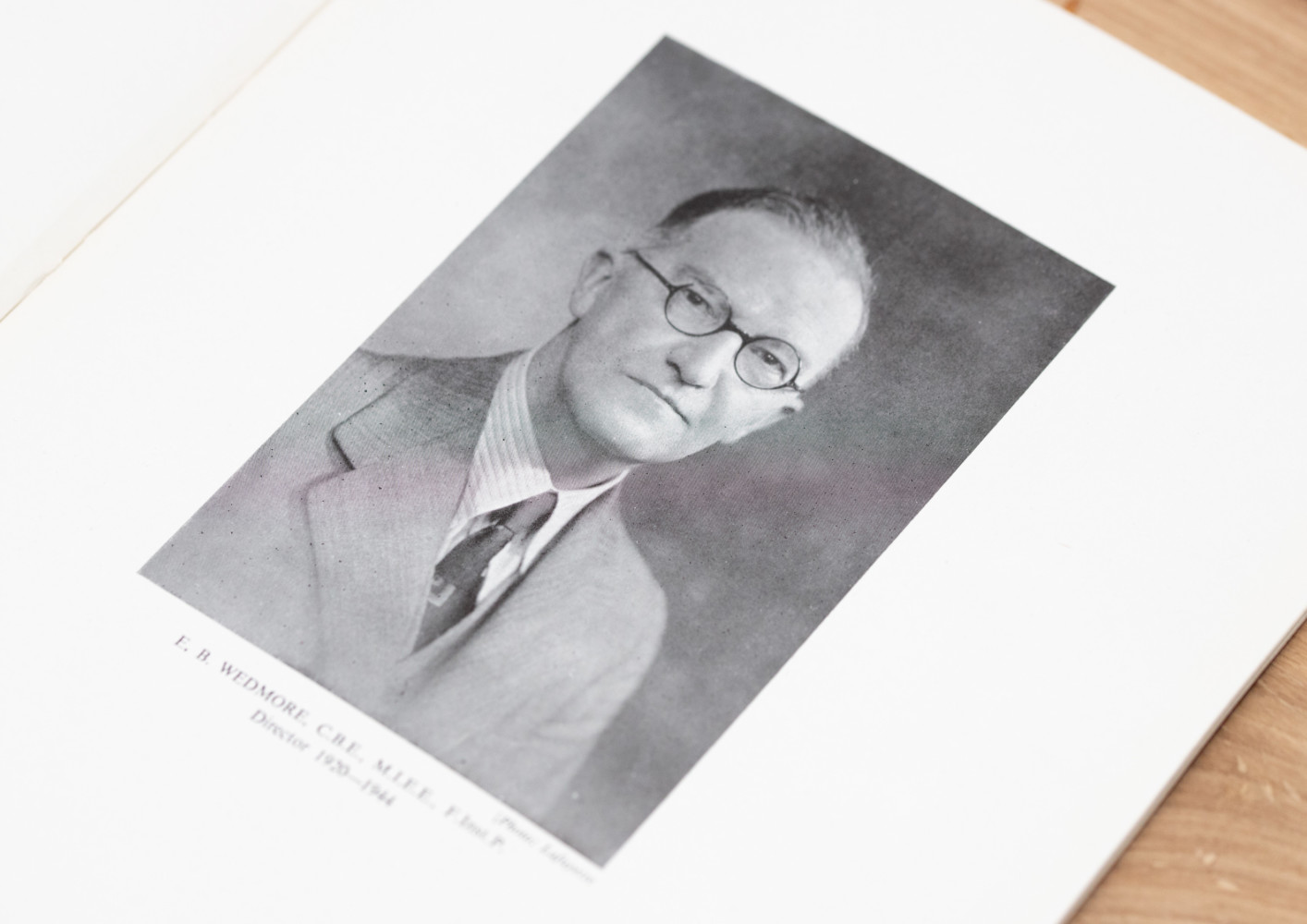 Initially the association was joint funded by the Governments Department of Scientific and Industrial Research and from subscriptions from its member companies.

That initial government grant was designed to last only five years; covering its’ initial work developing new technologies for insulators and switches.

As those first five years drew to a close the future of the Association was uncertain.

In 1924 the ERA did not know whether the government grant that initially funded it would be renewed.

However, the ERA’s president, Mr Llewelyn Birchall Atkinson, was able to negotiate the continuation of the grant going into 1926 on the condition that the government would meet half of the Association’s costs that year, but gradually reduce its contribution over the following five years to a fraction of that amount. 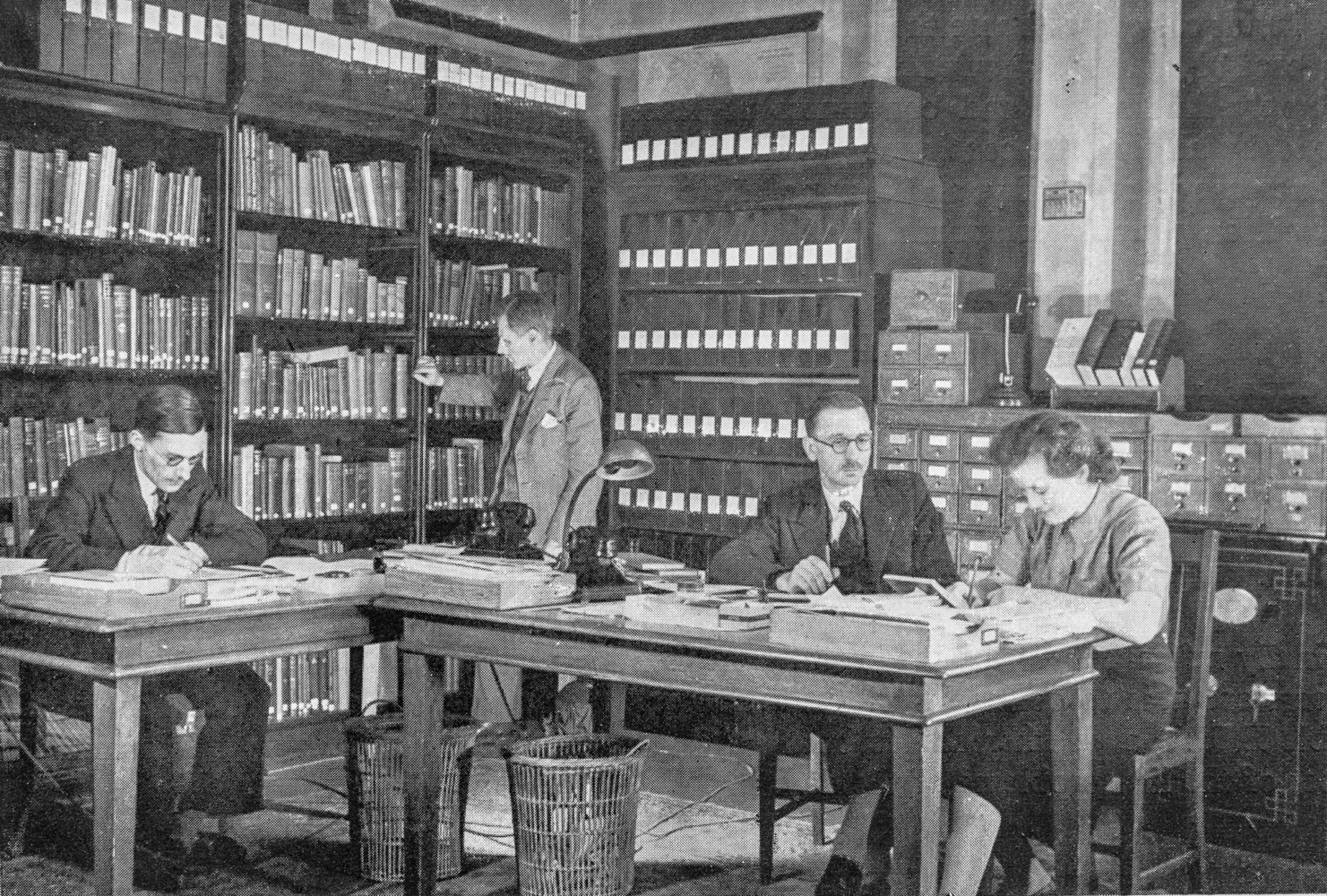 The ERA Information Bureau functioned as a clearing house for published information on technical and scientific research.
Up to date records were maintained in a comprehensive card index that covered extensive data available in the Associations technical reports. 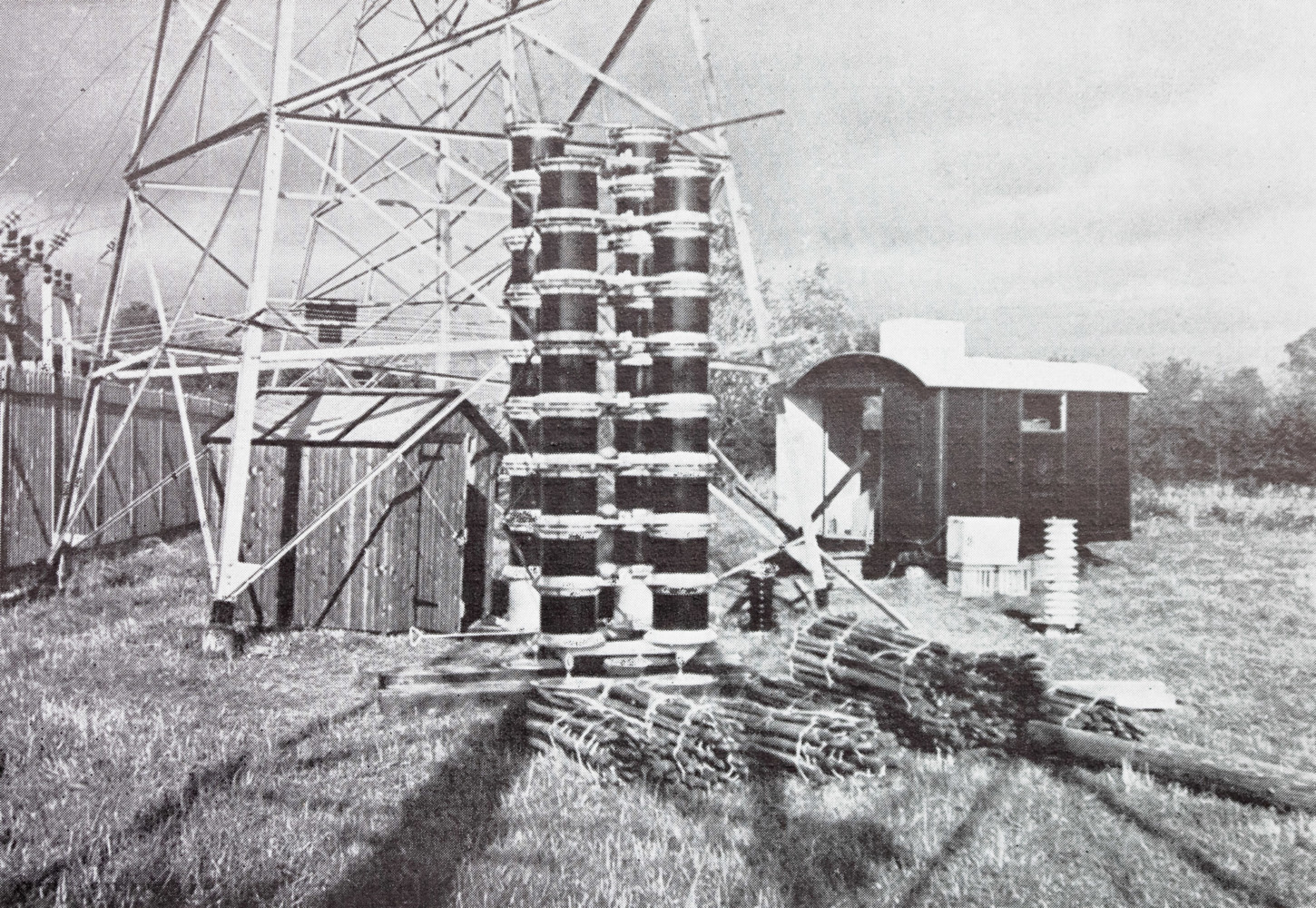 As the association grew it required more space for its work. In 1936 a new auxiliary laboratory at Perivale was opened by the Duke of York.

Its purpose was to supplement the research services that the Electrical Research Association provided from its headquarters with government support in the interests of the electrical industry and the wider community.

Perivale, Middlesex
The Auxiliary laboratory at Perivale supplemented the research services that the Association provided from its headquarters

During the Second World War the ERA gave direct assistance to the war effort. The Ministry of Labour clarified it as an “essential undertaking”.

Wartime activities included the development of radar and mine detection equipment. 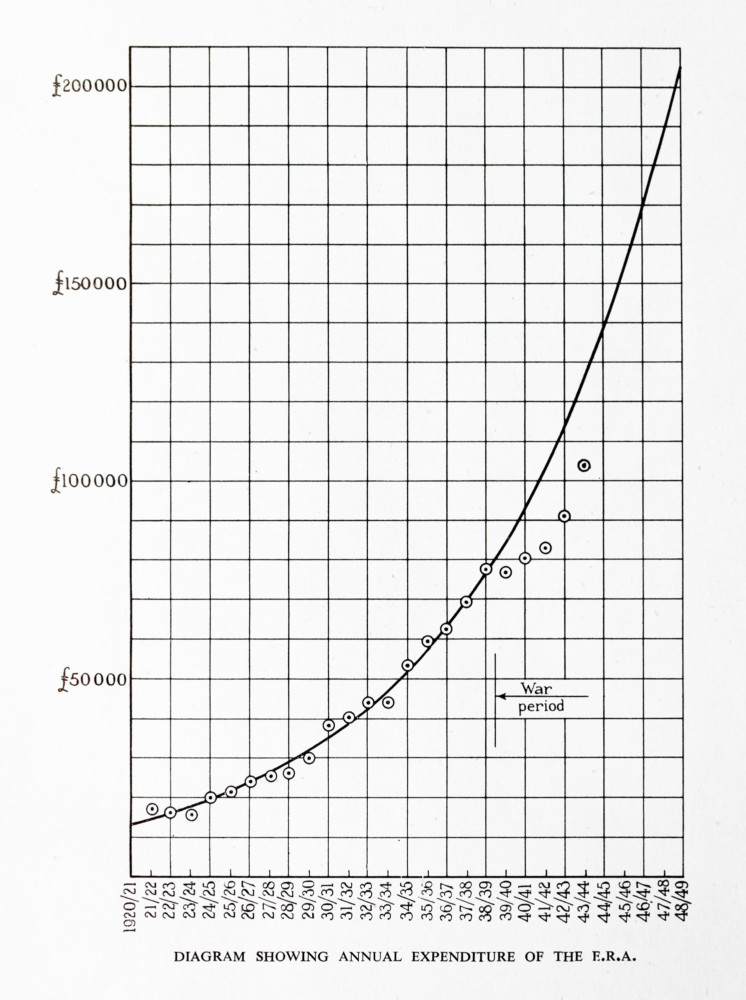 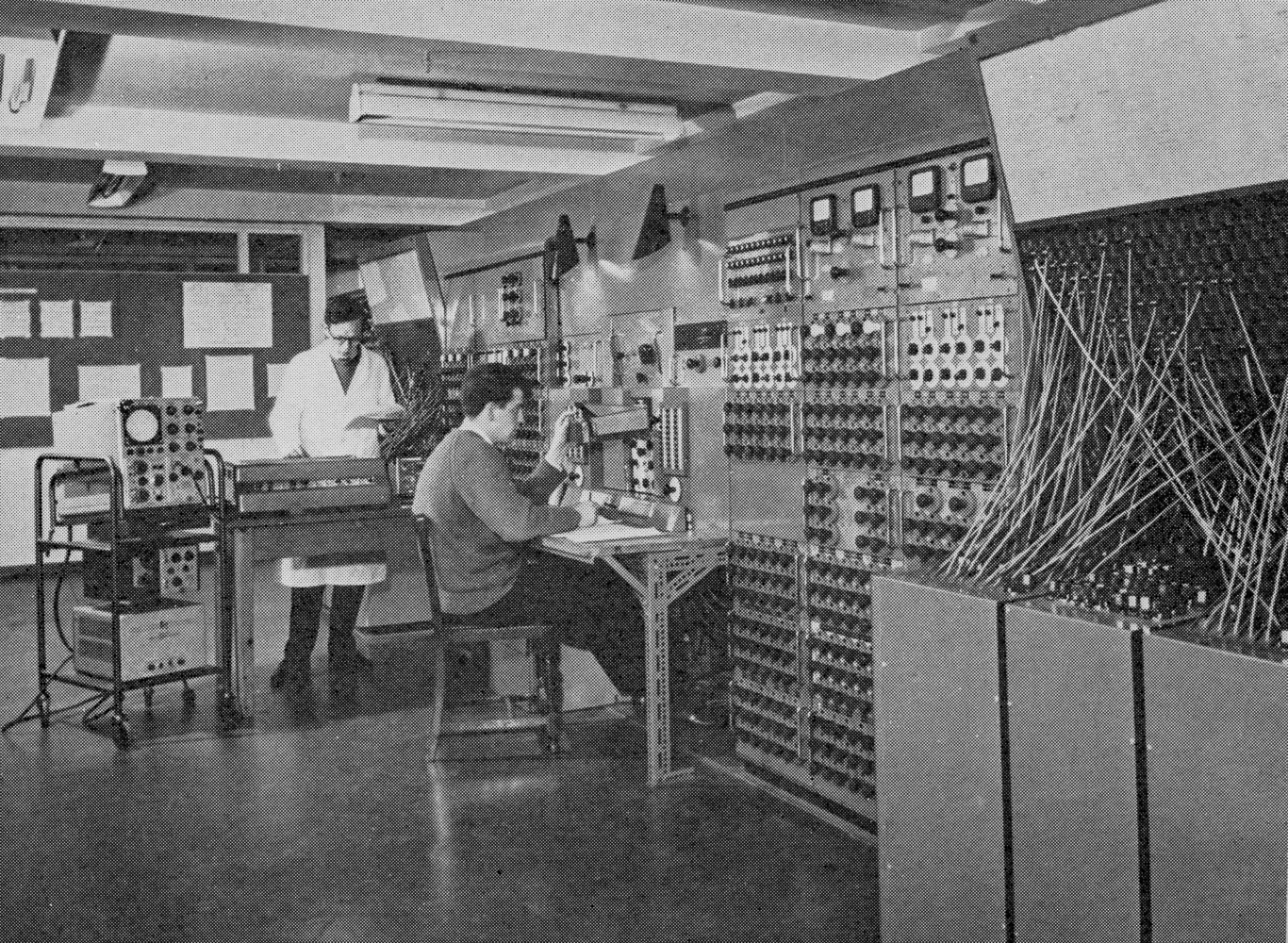 In 1957 the headquarters of the ERA were opened in Leatherhead, Surrey. The ERA’s existing staff and work transferred from their previous home at Perivale laboratories

The 18-acre campus included major new laboratories and offices and has continued to the present day with the addition of several large purpose-built facilities. 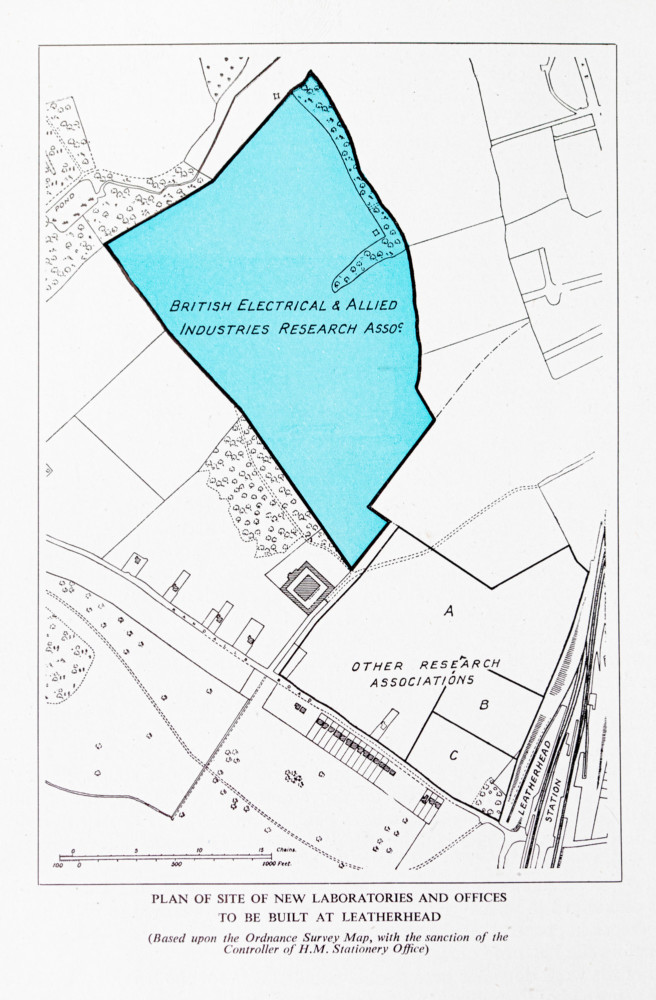 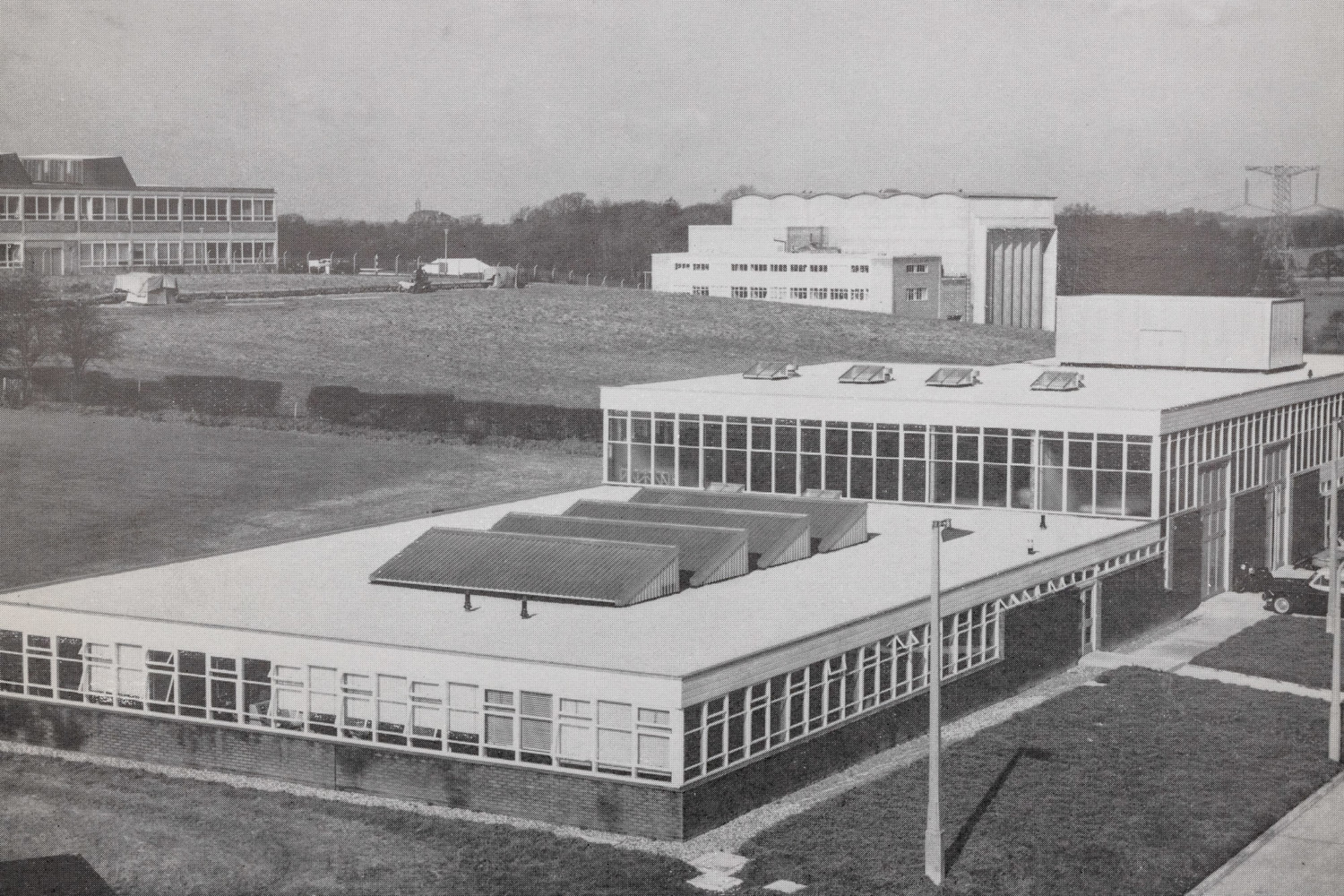 Income for the ERA had traditionally come from subscriptions from its member companies and the UK Government grants. In 1969 the ERA began a major restructuring project to reflect the rapidly changing technology base of the UK Engineering sector.

By becoming the first ‘privatised’ research association the ERA was able to generate income from single client and multi-client projects.

ERA formally changed its name from The Electrical Research Association Ltd to its present name, ERA Technology Ltd in September 1979. 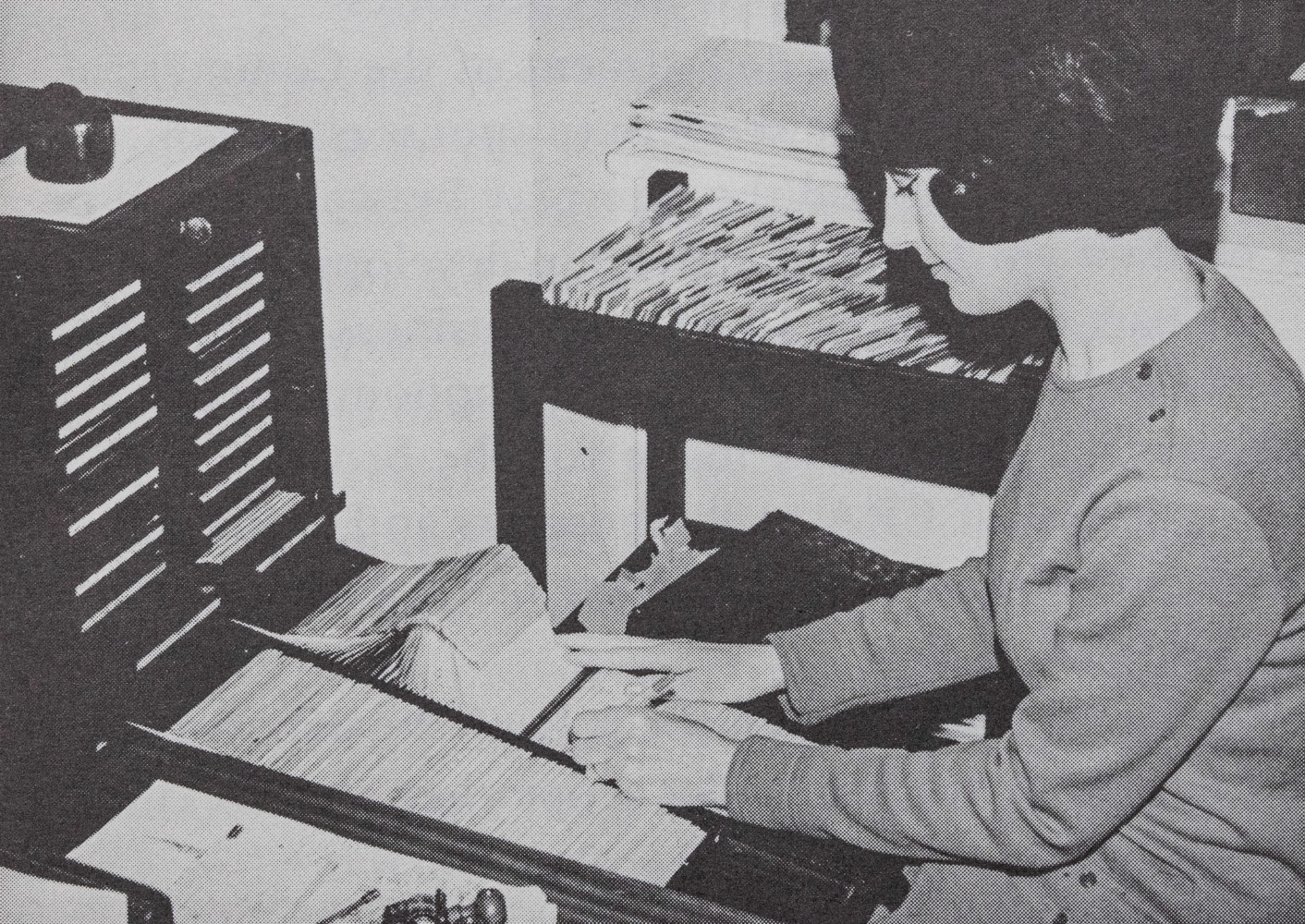 An assistant records loans from the ERA Library 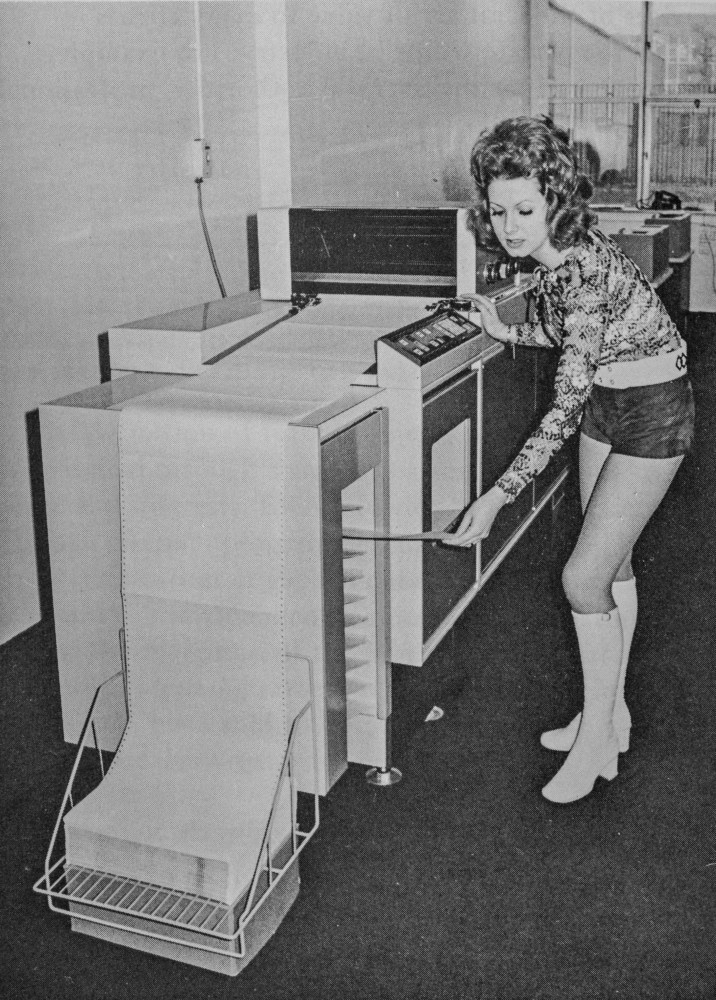 During the 1970s, 1980s and 1990s ERA continued to grow and develop into new research areas, including RF technology and electronic systems.

It also expanded into providing a wide range of engineering consultancy services for mechanical as well as electronic and electrical systems.

In doing so it established itself as one of Britain’s leading independent consulting organisations at the cutting edge of technology development. 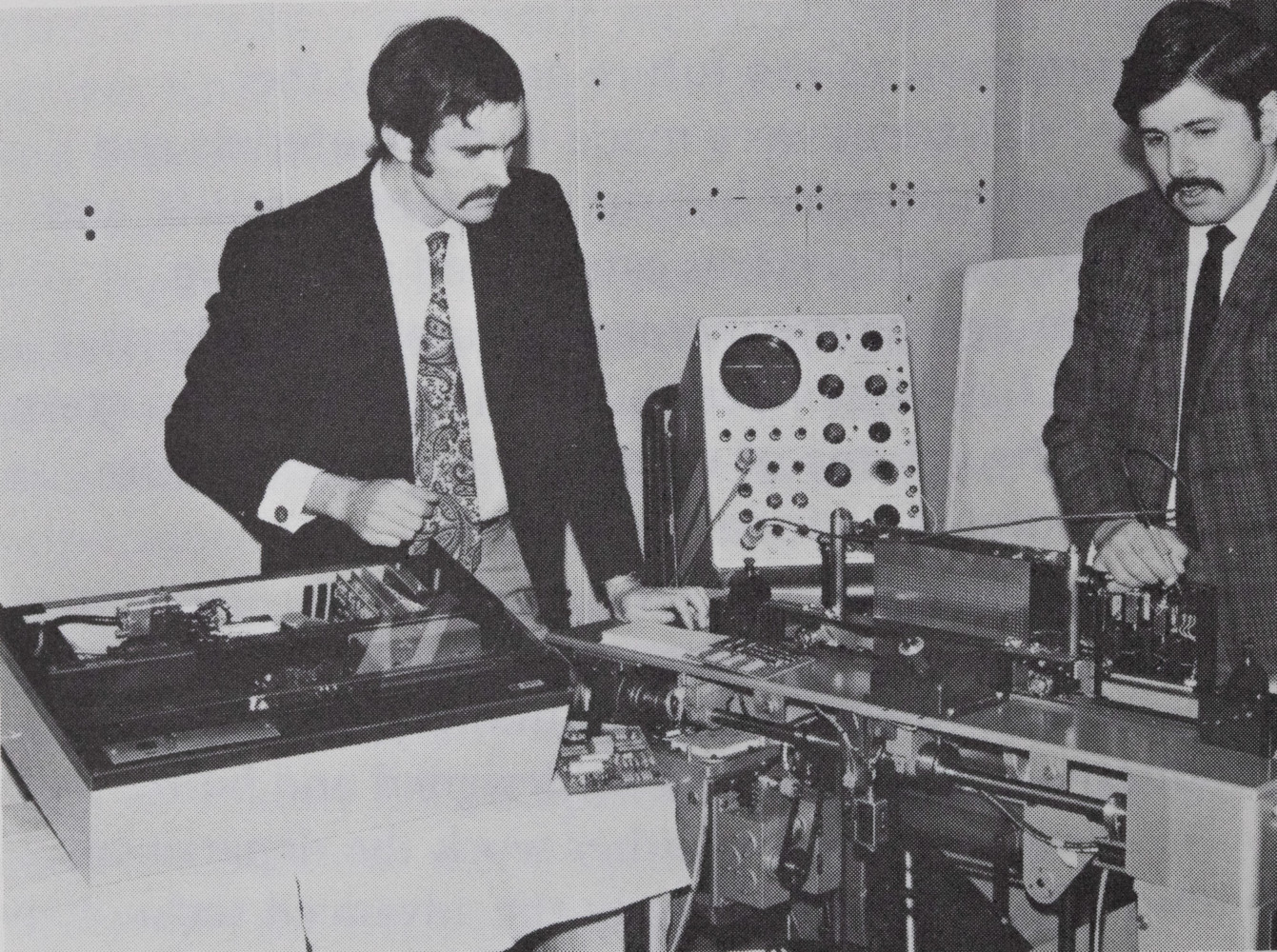 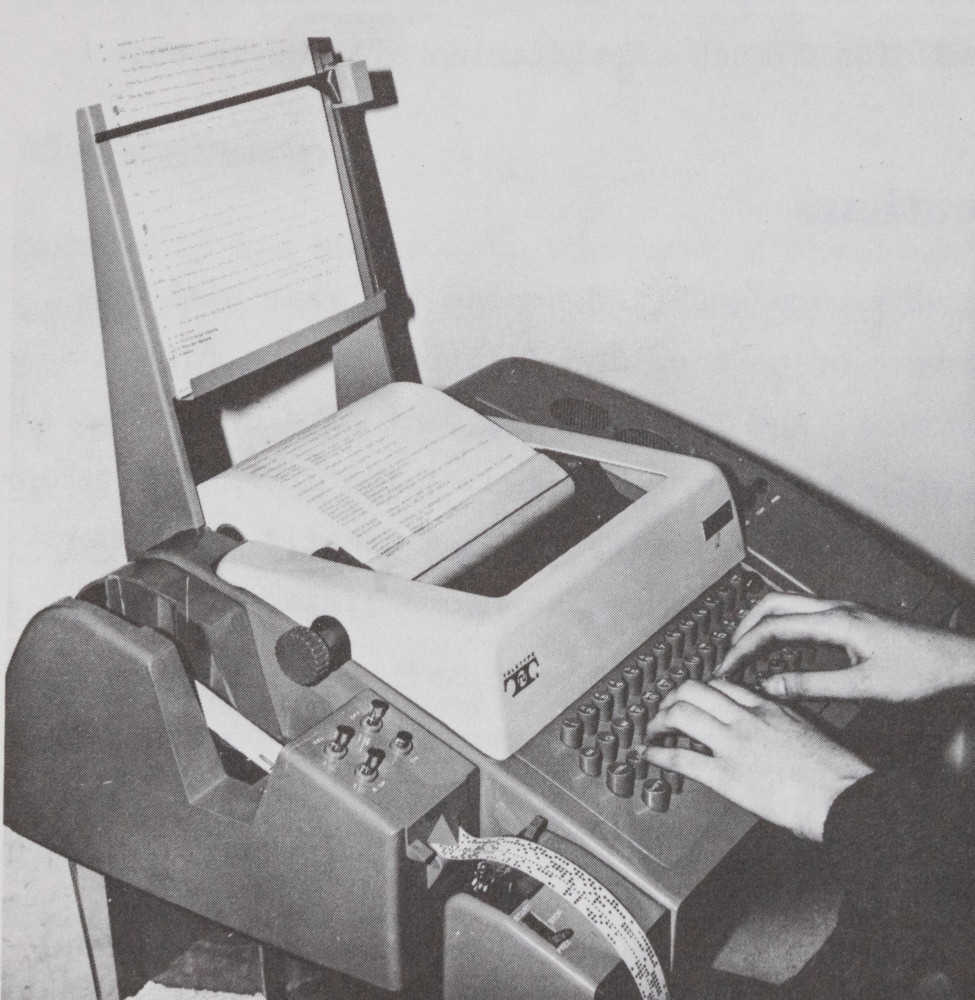 A new computer based information retrieval system is based on paper-tape punch.
Developed for the commercial data market-analysis in 1971 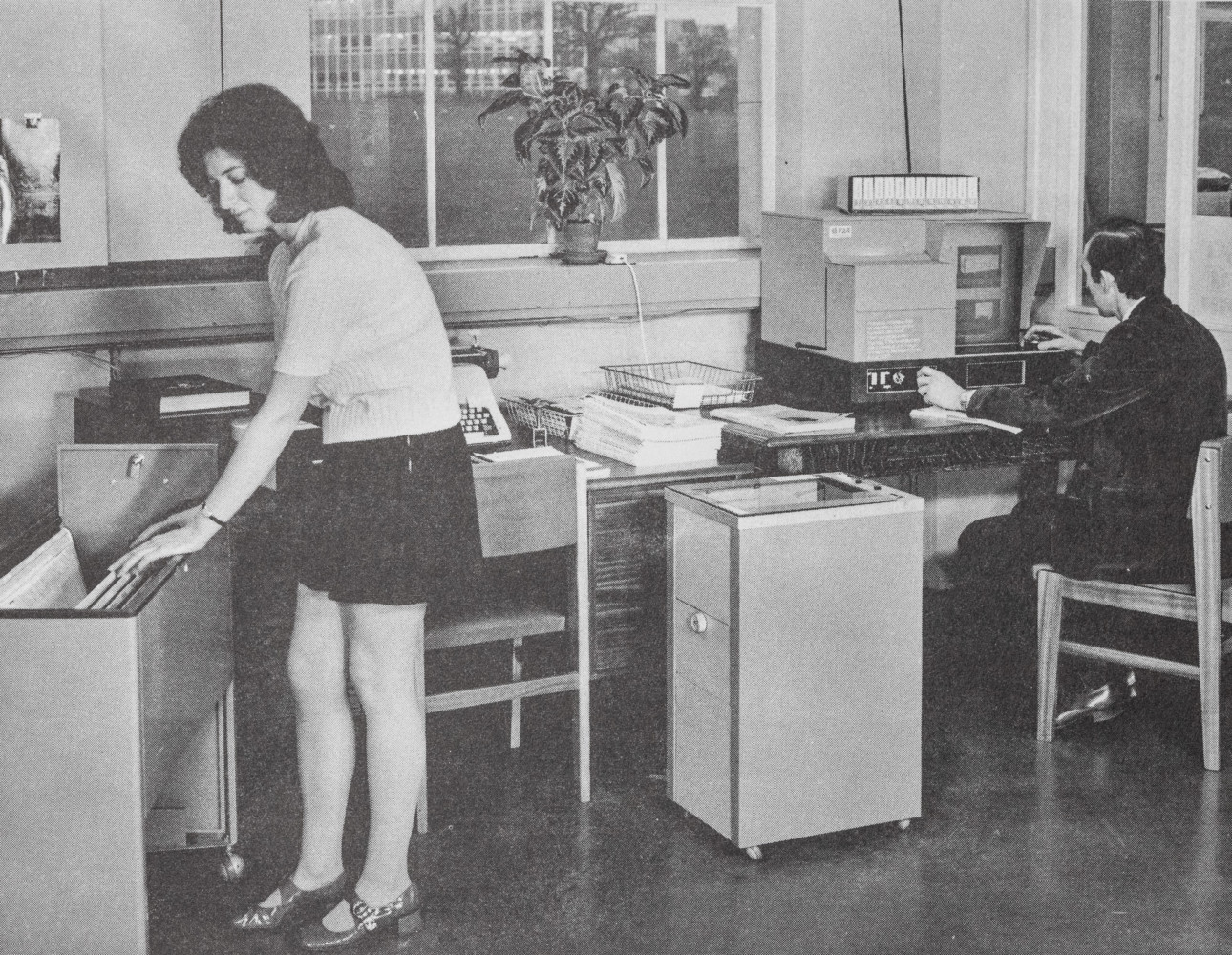 In January 2001, ERA’s operation was transferred to a new trading company while the original company, limited by guarantee, was renamed The ERA Foundation.

The trading operation retained the name ERA Technology and was run as a wholly commercial enterprise, responsible to its shareholders.

In September 2003, the company announced it would sell the entire issued share capital of ERA Technology to Cobham PLC.

Creation of the ERA Foundation 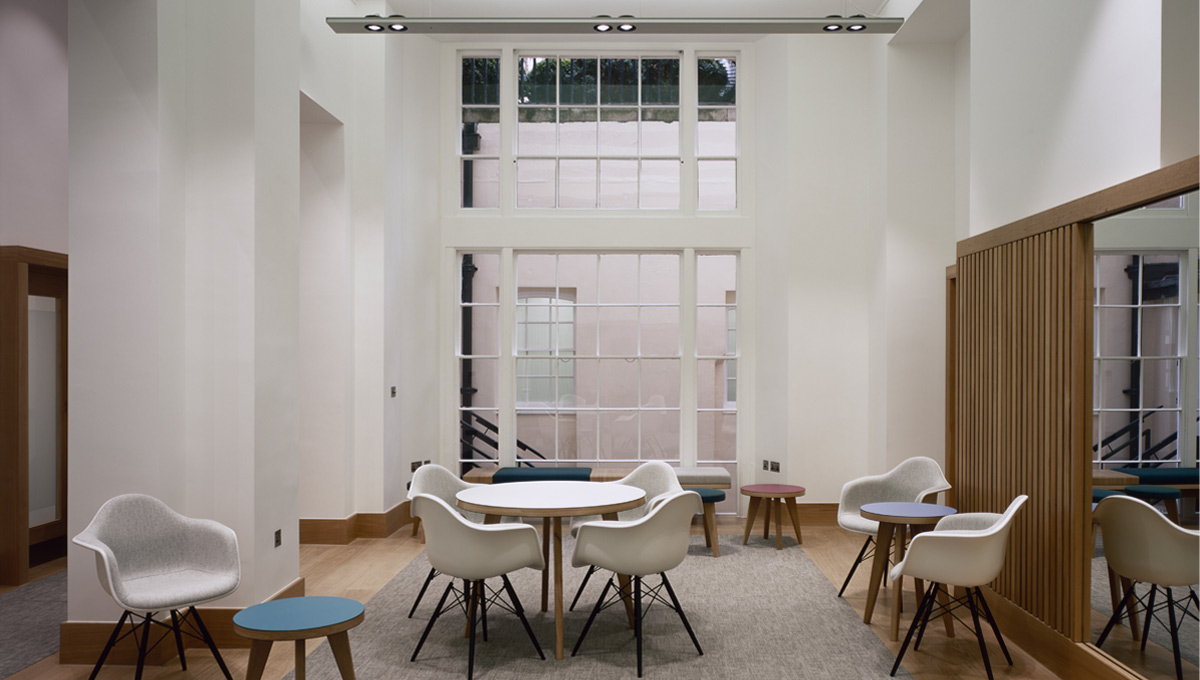 The ERA Foundation helped support the creation of the Royal Academy of Engineering’s Enterprise Hub
In Acknowledgment of the support received the Hub created the ERA Enterprise Fellowships.

The ERA Foundation made major donations to The Royal Academy of Engineering and the Royal Commission for the Exhibition of 1851.

These endowments enabled both organisations to fund new activities in the general field of engineering and especially those of electrotechnology, telecommunications and IT systems. 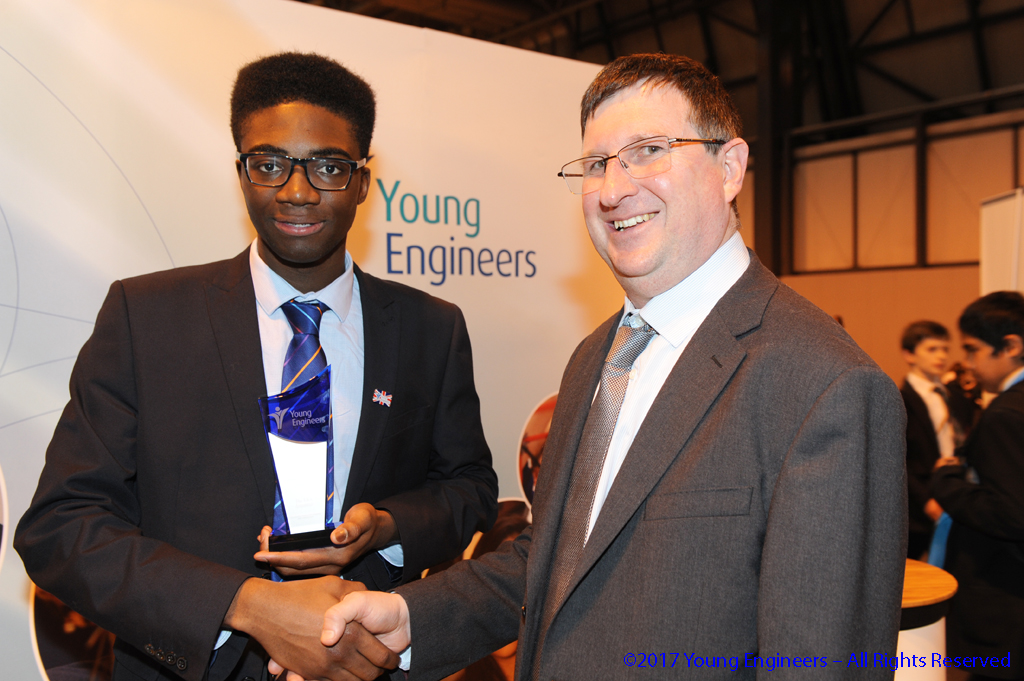 The ERA Foundation were proud to sponsor a Young Engineers Award for Innovation
Attila Emecz, Executive Secretary to the ERA Foundation, congratulates Raphael Njoku from Winchester College in 2017 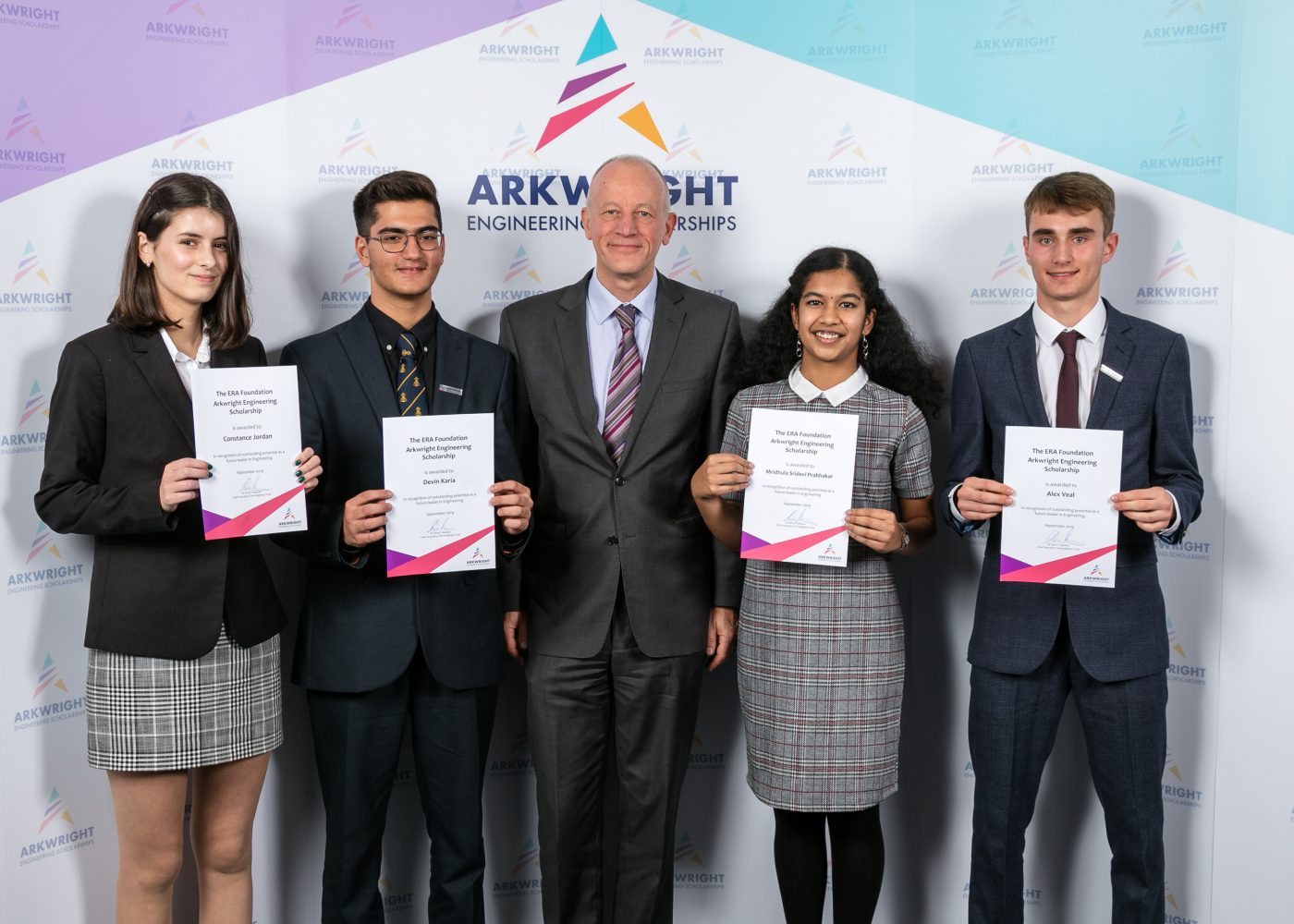 The ERA awards another round of Arkwright scholarships in 2019

While the ERA Foundations course has remained steady since its creation in 2001, its sister commerical entity, ERA Technology, has underone a number of changes.

In March 2011, Cobham PLC divested its engineering consultancy group of Cobham Technical Services to EDIF Group who then returned to the name “ERA Technology Ltd”. This was rapdily followed in November 2011 by a second acquisition with the buyout of NDE Global Technical Services GmbH.

In 2016 EDIF was bought by RINA who folded its newly acquired “ERA engineering consultancy” and the “NDE inspection business” brands into itsown.

This marked the end of the existence of the ERAs commerical brand leaving the foundation to continue its work under the ERA banner.

This year the foundation celebrates its centenary.

Over the last century the foundation’s objectives have remained the same. To ensure the important role that the electech manufacturing sector plays in the UK economy is recognised; to support the next generation of UK engineers, and to encourage entrepreneurship, innovation and technical excellence in individuals and organisations.

The ERA Foundation will strive to continue that mission into the future.

Planning for the future.

Over the next decade, the Foundation will continue to support the UK electech manufacturing sector and to bring more young people into engineering careers

While the foundation’s objectives have remained the same for the last 100 years we are constantly assessing how to best achieve our aims as the political and economic climate evolves.

In response to the development of Local Industrial Strategies, we will be focusing our efforts to better coordinate action between our existing STEM skills partners at a regional and city level. Increasing the impact of existing STEM skills programmes. We believe that this approach allows us to build on unique local strengths and ensures communities reach their economic potential.

We have renewed our support for new policy initiatives which support the high-value manufacturing and electech sectors, while directly supporting initiatives aimed at encouraging small and medium enterprise companies to engage more proactively in the opportunities presented by the growing digital economy.

Over the next decade, the Foundation will continue to support our world-class fellowship programmes with our partners, The Royal Commission of the Exhibition of 1851, The Royal Academy of Engineering and The Royal Society.

Under the Foundations’ Born to Engineer brand, we will sponsor awards and programmes which encourage and recognise star pupils and teachers leading the way of creating the next generation of UK Engineers.

To do all this we will work with organisations who share our principles. Ensuring that all our partners continue to have a significant stake in what we do and how we do it.

If you, your organisation, investment or programme could benefit from working with us, get in touch.