Harvey Prize from Institution of Engineering and Technology

One of the world’s top radar research engineers has been awarded a prestigious prize from the Institution of Engineering and Technology (IET).

Professor Hugh Griffiths of University College London (UCL) was chosen from a number of high calibre candidates from across the world to win the £300k A F Harvey Engineering Research Prize.

He was chosen due to his outstanding contributions to radar research and his continuing work to make major improvements in bistatic radar and its applications. Professor Griffiths said: “I’m absolutely thrilled. It is an enormous honour to be recognised by one’s peers in this way.Bistatic radar is where the transmitter and receiver are located separately, rather than using a single antenna. This introduces some complications, but also offers some significant advantages, for all sorts of radars. The aim of [my research] is to better understand the behaviour of targets and clutter in bistatic radar, by making experimental measurements and analysing the results. It should help us design better radars – for applications such as air traffic control, geophysical remote sensing and for defence and security.”

Professor Hugh Griffiths will present at the 2013 A F Harvey Prize Lecture which will be held on 23 May 2013 at IET London: Savoy Place. Find out more about the lecture .

The ERA Foundation is pleased to be contributing to the sponsorship for this prestigious event.

Bistatic radar systems have been studied and built since the earliest days of radar. They have the advantages that the receivers are passive, and hence potentially undetectable. The receiving systems can also be simple and cheap. In spite of those advantages, rather few bistatic radar systems have got past the ‘technology demonstrator’ phase, and it is only now that real bistatic radar systems are being developed and fielded. Also, there is particular current interest in passive bistatic radar (PBR) techniques, using broadcast and communications signals as ‘illuminators of opportunity’. The lecture presents a review of some of the history, and the properties and current developments in the subject, as well as the prospects for the future. 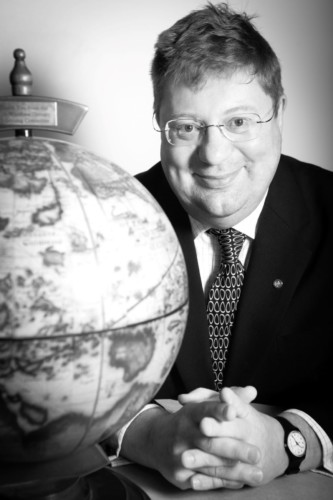