This year the Royal Academy of Engineeringâ€™s Enterprise Hub is celebrating its fifth birthday.

The ERA Foundation helped support the creation of the Hub which aims to bring about a step change in the success of high-potential UK-based entrepreneurial technology start-ups by providing the brightest engineering and technology entrepreneurs with funding, training, networking and mentoring from the nationâ€™s leading engineers, without taking a penny in return.

In Acknowledgment of the support received the Hub created the ERA Enterprise Fellowships. With the support of the expertise, insight and networks of Academy Fellows, ERA Enterprise Fellows have raised nearly Â£17 million in investment and Â£2.2 million in grants, as well as creating 39 jobs and generating over Â£440,000 in sales. While, in total, all entrepreneurs benefitting from Hub support have created 270 jobs and raised over Â£62 million in investment.

Above – The Taylor Centre

In February 2017, the Enterprise Hub formally opened a physical home, The Taylor Centre. The Centre is located in the basement of Prince Philip House, which has been completely transformed into a modern and professional workspace, and meeting area for Hub members use.

Reflecting the ERA Foundationâ€™s support, the Royal Academy of Engineering has awarded an ERA Enterprise Fellowship each year since 2013.
Our Enterprise Fellowship is designed to stimulate excellence and encourage creativity and innovation in engineering by identifying and supporting the founders and leaders of tomorrowâ€™s high-tech companies. Over the last five years we have awarded a number of fellowships.
To celebrate the fifth anniversary we have taken a look back at the work of some of our Fellows to see what they are doing now.

Oluwaseyi Sosanya was awarded a fellowship last year. Gravity Sketch, the company he co-founded, is now trading its initial product, which offers a fresh take on working in 3D to directly visualise and conceptualise designs.
The company has recently secured Â£1.25m of investment and have set up a new studio to accommodate the expanding team.

Joulo, a smart energy spinout, was founded by 2013 Fellow Dr Reuben Wilcock, and acquired in 2014 by Quby, Europeâ€™s leading developer of intelligent thermostats and energy displays.
Dr Wilcock has now gone on to establish futureworlds.com – a university accelerator.

2015 runner up, Bethan Wolfendenâ€™s Bento Bioworks Ltd is actively trading its ‘Bento Lab’. This ready-to-go laboratory weighs about as much as a cat and fits on a sheet of A4.
The lab brings the best of the world of the chemistry set and the Arduino to bioengineering, letting anyone do genetic experiments from the comfort of their own home or on the move.
Bento’s initial raise target for their crowdfunding campaign at the beginning of 2016 was reached in less than 36 hours and went into overfunding.

Sorin Popa, a 2016 ERA Foundation Entrepreneurs Award Winner, founded ‘Stent tek’. The company is focused on developing a unique catheter system which allows a clinician to connect blood vessels without the need for open surgery.
Over the last 3 years, Stent Tek has grown to a team of seven full-time engineers and is preparing for first-in-man clinical trials after successfully raising venture capital funding last year.

Another 2014 award winner, Dr Oliver Paytons’ ImiTec has developed a drone-based system for monitoring nuclear sites. He has gone on to found a second start-up, Bristol Nano Dynamics, which promises to build the world’s fastest nano imaging microscope, targeting markets from material science to genomics.
Both of Dr Payton’s companies are going through significant stages currently. ImiTec is in ongoing investment negotiations and Bristol Nano Dynamics is collaborating with a large multinational to achieve reach to a global market.

ERA Foundation Entrepreneurs Award Runner-up 2015 Peiman Hossieni founded Bodle Technologies.
The company is now developing wearable, flexible, low power electronics that seamlessly blur the boundary between human and machine. Last year Dr Hosseini and his team at the University of Oxford demonstrated the first reported nano-display device.
The startup has now turned two, and over the last year, the 12 strong team has worked hard to achieve some extremely challenging technical milestones. The company has now completed a substantial Series A, which should propel the technology to the next level. 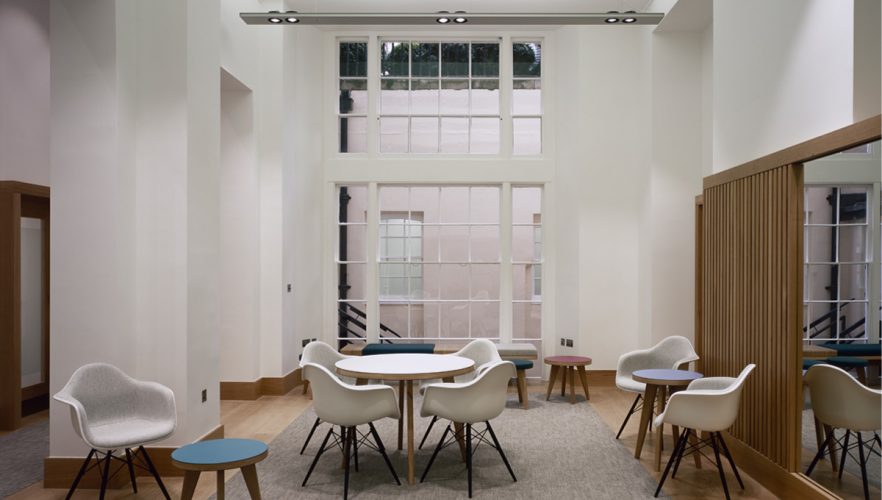